Women who do not participate in the integration programs

A considerable number of women migrating to the Nordic countries either never participate to the official integration programs or drop out in middle of them. Yet, the information about the extent of this problem and its causes as well as consequences have been scattered.

Oxford Research, commissioned by the Nordic Council of Ministers, conducted a study to map current knowledge of female non-participants in Nordic integration and introduction programmes, and to map measures and initiatives aiming to support this group in attaining self-sufficiency. The study aimed to answer three main questions.

First, we investigated on the extent of the problem. Looking and existing ad hoc studies of the target group and assessments made by actors working closely with the target group, we estimated that the non-participation in terms of the number of individuals who never participate in the programmes is not very widespread in Denmark, Norway or Sweden. In other words, the vast majority of those for whom the programmes are aimed do in fact participate. In Finland, the data available is not sufficient to make such an assessment. Even if non-participation does not seem to be widespread, there are reasons to believe that it can still pose a significant problem for some groups of individuals.

Thirdly, we looked at alternative measures to support official integration programs. Women who do not participate in the integration programs is highly diverse group. While there may be similarities in the women’s lack of education and work experience, there are also vast differences when it comes to other abilities and contextual factors such as language level, studying habits, interests, family life, personal motivation, and ambitions. Regardless of background, many women in the target group suffer from low self-esteem concerning their abilities and competencies. The civil society actors, non-profits and non-governmental organizations, have an important role in increasing women’s confidence to their possibilities of participation.

The whole report in Swedish with English summary can be read online or downloaded as PDF from Nordic Council of Ministers website or by clicking the picture below. 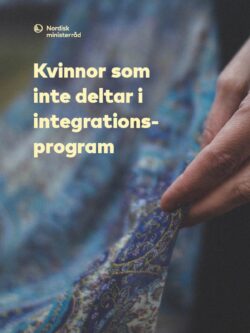 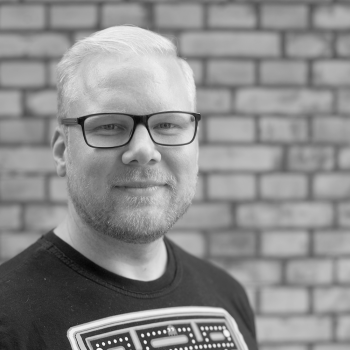